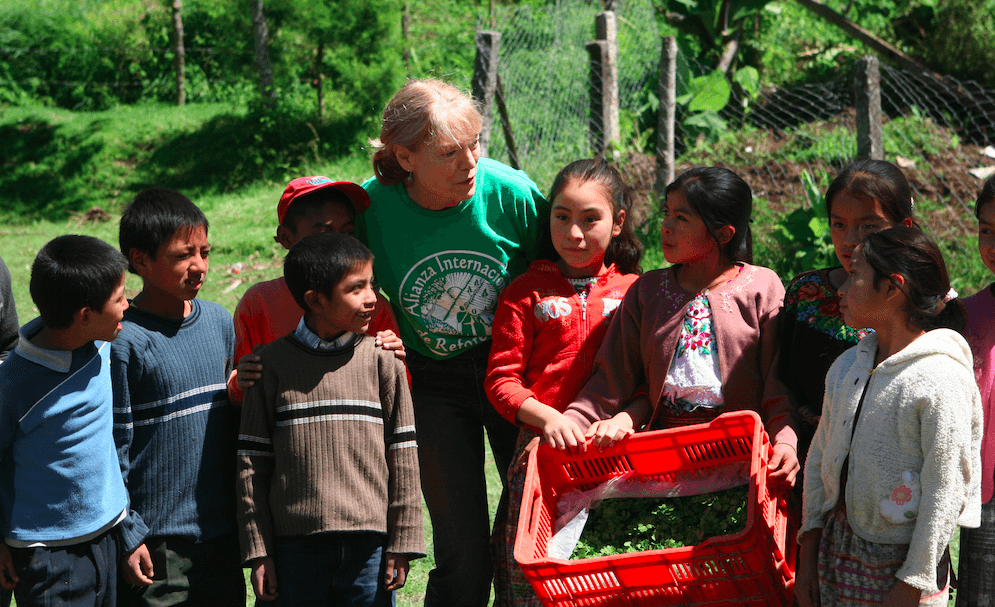 In 1991, Anne Hallum was a political science professor at Stetson University in Florida, but she was also going through a difficult personal time of loneliness and loss.  When Stetson announced that they needed a professor to take a few students on a trip to Guatemala because the original professor could not go, Anne recklessly volunteered.  “Recklessly” because she had never had a passport to travel anywhere, she didn’t speak Spanish, and she knew little about Guatemala.  But she learned quickly—and was haunted by the rural hunger and malnutrition she saw in Escuintla Guatemala, by the barren mountainsides and mudslides everywhere, by the strength of the people and the inspirational words of Padre Andres Girón.  As Anne says, “God rescued me in Guatemala, and I found his purpose for my life.”

One of the students from that first trip visited Dr. Hallum after graduating and suggested that they form their own organization.  “It was just the catalyst that I needed, and we immediately went to a restaurant near Stetson and came up with the ambitious name, “Alliance for International Reforestation,” with the handy “AIR” acronym.”  They had a luncheon with a few people they thought would be interested—including an environmental philanthropist who shared the vision then—and still does.  She gave the first substantial gift and Anne returned to Guatemala to hire the staff one by one.  The former student soon left AIR for other projects, but Anne persevered, as doors providentially opened for AIR’s work to flourish in the mountain communities of central Guatemala.

For instance, Anne met AIR’s first Director Christopher Wunderlich in a chance conversation in Antigua:  Chris had an education in agro-forestry and was looking for meaningful work in Guatemala when he met Anne, who was looking for a Director.  Chris worked for AIR for over five years and in the early 1990s, he established dozens of tree nurseries and the five-year farmer training program.  Chris’s approach of “community-based reforestation” was innovative at the time, but now is the norm for Sustainability projects worldwide—and AIR has over twenty years of successful projects!  Together, Chris and Anne hired the outstanding Guatemalan professionals who now run the organization in Guatemala.  Anne’s daughters Rachel and Rebecca often accompanied her to Guatemala; the lessons of those trips helped to shape them into compassionate young women with careers in qualitative research and law. Anne’s son-in-law Roger Montes became a devoted member of the AIR family with his first volunteer trip to Guatemala in 2009. 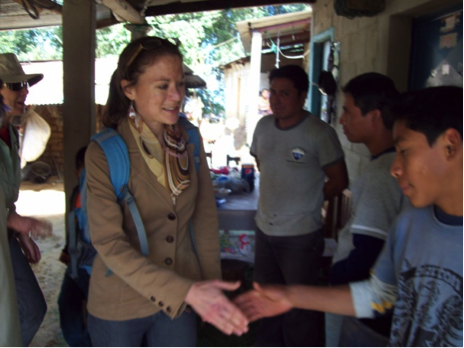 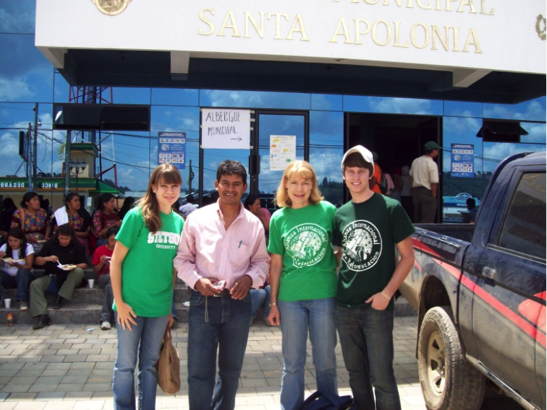 In October 1996, Anne married Jan Allan Wilgers, who became the leader of mission trips to Guatemala—organizing the teams and motivating hundreds of volunteers over the years.  But Jan sucuumbed to lung cancer in 2011, leaving behind dozens of stoves he himself built, thousands of trees he planted and many friends in Guatemala.   After Jan’s passing, Anne left Stetson University and moved to Atlanta, GA in 2012 in order to answer this calling  full-time as AIR’s non-salaried Founding President.

In Memoriam: Our brother and friend, Jan Wilgers, found peace on September 5th, 2011 after a battle with cancer. Jan planted thousands of trees, built dozens of stoves, and designed and constructed much of the AIR Training Center in Guatemala. His life is an inspiration to all who knew him.

Flash forward 22 years:  AIR’s team has planted over 4.2 million trees by hand in Guatemala and Nicaragua; has trained almost 3,000 families in sustainable farming for better crops; has built over 800 efficient stoves to protect lung health; has produced a sustainability curriculum that is used in hundreds of Guatemalan schools; and started dozens of micro-businesses.   AIR, Inc. has won international awards from CNN Heroes in 2011;“The National Arbor Day Foundation”; Instituto Nacional de Agricultura y Bosques (INAB); and the United Nations Framework Convention on Climate Change (UNFCCC) in 2013.